The House of Data Imperiali bulletins are excerpts from the articles of the Legal Information Service (SIG) edited by Mr. Rosario Imperiali d’Afflitto.

The SIG is available by subscription only.

A complex investigation into the GDPR compliance of the Transparent and Consent Framework platform of the IAB Europe federation, which brings together stakeholders in the field of behavioral advertising, has come to an end with a €250,000 sanctioning decision adopted by the Belgian authority.

Measure of the Belgian authority

The voluminous decision of the Belgian supervisory authority against IAB Europe (over 120 pages) concerns the platform created by the latter – and made available to companies and organizations – for the collection and management of consent in the case of behavioral advertising and, more specifically, of that type of advertising that is known technically as “Real Time Bidding” or “RTB”.

The decision by the Belgian authority (Autorité de protection des données, “APD”) was issued as a result of the cooperation mechanism between the different GDPR authorities involved, as

RTB operations, through requests for offers, constitute personal data processing to which the GDPR applies. 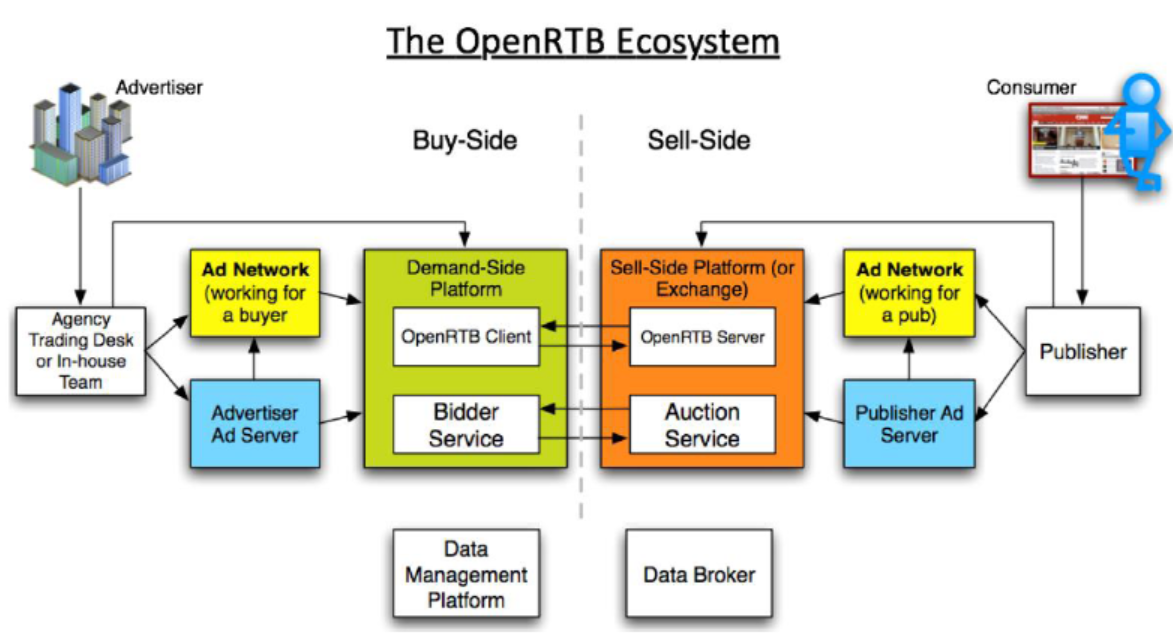 IAB Europe is a federation representing the digital advertisement and marketing industry on the European level. IAB Europe’s Transparency & Consent Framework “TCF” constitutes a separate set of policies, technical specifications, terms and conditions, created, managed and administered by IAB Europe, which should be able to inform users about advertisers‘ activities, as well as obtain valid consent from those users in relation to the processing of their personal data in a real-time advertising bidding system. Therefore, the RTB and TCF systems are interconnected, as the TCF would aim to ensure that personal data processing operated through the RTB are managed in accordance with GDPR and ePrivacy.

TCF is closely related to OpenRTB implemented by IAB Inc, the American mother company of IAB Europe. “The OpenRTB is a standard protocol that aims to simplify the interconnection between ad space providers, publishers (ad exchanges, Sell-Side Platforms, or networks working with publishers), and competing buyers of ad space (bidders, Demand-Side Platforms, or networks working with advertisers). The overall objective of OpenRTB is to establish a common language for communication between buyers and vendors of advertising space” (par. 24 of the measure). Despite the fact that the most critical issues with regard to compliance with the GDPR are to be found precisely in the area of operations of the OpenRTB, the latter has not been the subject of the ADP’s decision, since the complaints presented to the Belgian authority were limited to the TCF. But since – as stated by IAB Europe during the prosecution before the APD – the TCF provides accountability and transparency to OpenRTB, the conclusions reached by the Belgian authority in this circumstance, will inevitably have consequences on the processing of personal data of the real-time bidding ecosystem (such as OpenRTB).

Subject of the APD measure

The subject of APD’s decision and the related “one stop shop” mechanism with the other supervisory authorities involved is only the TCF platform, so the resulting order is addressed solely to IAB Europe. Therefore, the same order is without prejudice to the assessment of the treatments carried out by the other players that make use of the TCF or that operate in the RTB universe. From this point of view, the APD measure – while not interfering with the free evaluations of the other national regulators – constitutes an important precedent with respect to behavioral advertising and, in particular, RTB: that is, in addition to the criticism of TCF already contained in the APD measure, in the future actions could be taken towards other players, with respect to IAB Europe, and further areas with respect to TCF, such as the more general context of behavioral advertising and RTB (see IAB Europe press release).

In addition, the same decision intentionally failed to address certain aspects falling within the scope of the TCF, either due to a lack of adequate preliminary information (such as, for example, the impact on personal data transfer) or due to the choise to limit the scope of intervention. Consequently, the TCF itself or the RTB system connected to it could be the object of further action.

Check out the journal

read all the bulletins

fill in the form